‘Twice as fast’ … what could this relate to except ‘Global warming.’

Tony Heller is indefatigable when it comes to detail about climate. He’ll scour newspaper reports and, unless those reports were false, then the temperature graphs used to promote the CO2 aspect of climate are false.

Who would believe this unless they checked.

I did and started with the Sydney Observatory and their records. It was only in 1714 that Fahrenheit invented the first modern thermometer. It, no doubt, took awhile before it was in standard use so those records don’t go far back in time.

Michael Mann, the fraudster behind the infamous ‘hockey stick’ graph, sued after being called a fraud and lost his case, in British Columbia, with costs awarded to Dr Tim Ball. 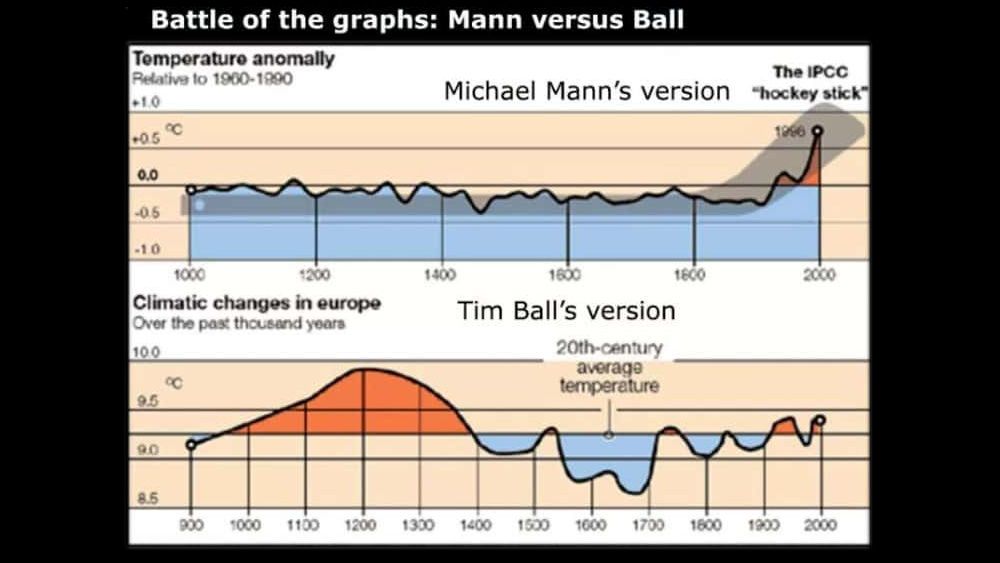 That the climate is changing isn’t in dispute so silly phrases such as ‘Climate Denier’ are a deflection. The IPCC continue to create reports which – believe it or not – take no account of the sun’s activity.

It’s the sun cycles which change the climate and I’ll continue to breathe CO2 onto my plants which they drink and, in turn, give me back oxygen.

The problem with climate science is actually lack of consensus as any real reading of this subject will reveal.

Meanwhile the sun continues its cycles and we can expect a continuation of Earth’s often catastrophic history. This is yet another uncomfortable aspect of life which doesn’t sit well with the long, quiet evolution which most of us were taught regarding the past.

‘What does it matter that a lie was promoted if we now have greater impetus regarding renewable energy?’

It absolutely matters. The logical end result of the CO2 lie is that the world would be better off if we all stopped breathing.

Our local pub reopened a few weeks ago with the Wednesday night ‘plug and play’ back in operation.

I took a break and went to the beer garden and joined the table of a bloke with a splendid beard.

We exchange pleasantries – as you do.

‘Ah well’ say I, ‘We can’t even talk about the weather without running into conflict.’

A nice enough bloke, intelligent and used to be a journalist. He accepts the prevailing narrative of CO2 being the cause of climate change so that subject died.

We move to 9/11 where he finds no problem with buildings falling down into their own footprint and suggests that the twin towers were glass buildings and that a plane flying in would be sufficient to cause the damage. I appreciate that he wasn’t suggesting that glass was the only substance holding the buildings up but he seemed unaware that these towers were steel clad and were designed to withstand an aircraft impact.

The point being that he hadn’t checked anything in relation to 9/11 but did recognise that if aircraft were not the cause of collapse then the implication is of controlled demolition which requires time and therefore ‘bearded terrorists’ would not be the only suspects.

Those weren’t his exact words which were closer to “Inside job?”

So … in quick succession we moved to UFO’s and the bias inherent in many academics who are fixated on the idea that nothing can travel faster than the speed of light and, thus, UFO’s are unlikely. That appeared to be his position.

My contention is that alien activity is and probably always has been here whether we choose to believe or not.

Belief is irrelevant, knowledge trumps belief and the fact that I can’t produce a physical alien artefact or give ‘rhyme and reason’ to alien existence is of no importance. Our military know better as do the millions who have witnessed and know what they saw.

I’m not looking for argument nor to convert so it was time to move back to the music after my bearded mate wondered whether I thought that the moon landing was faked or that the Earth was flat.

‘No’ to both, just for the record.

This is the sad thing about a cheerful and friendly contact in which questions are raised. Perhaps I’m wrong in my impression but because I raised ANY questions about events and situations which affect us all, we move from climate to where I’m asked if I believe that the Earth is flat.

In other words … I must be a ‘Conspiracy theorist.’