When consensus is a pretence.

Consensus in science doesn’t exist and I’m not sure that it could given the nature of scientific inquiry.

Yet when it comes to Climate Change the absurd 90% plus figure regarding consensus is trotted out like a Gospel.

31,000 American scientists disagree about consensus so that's worth the pause for thought. 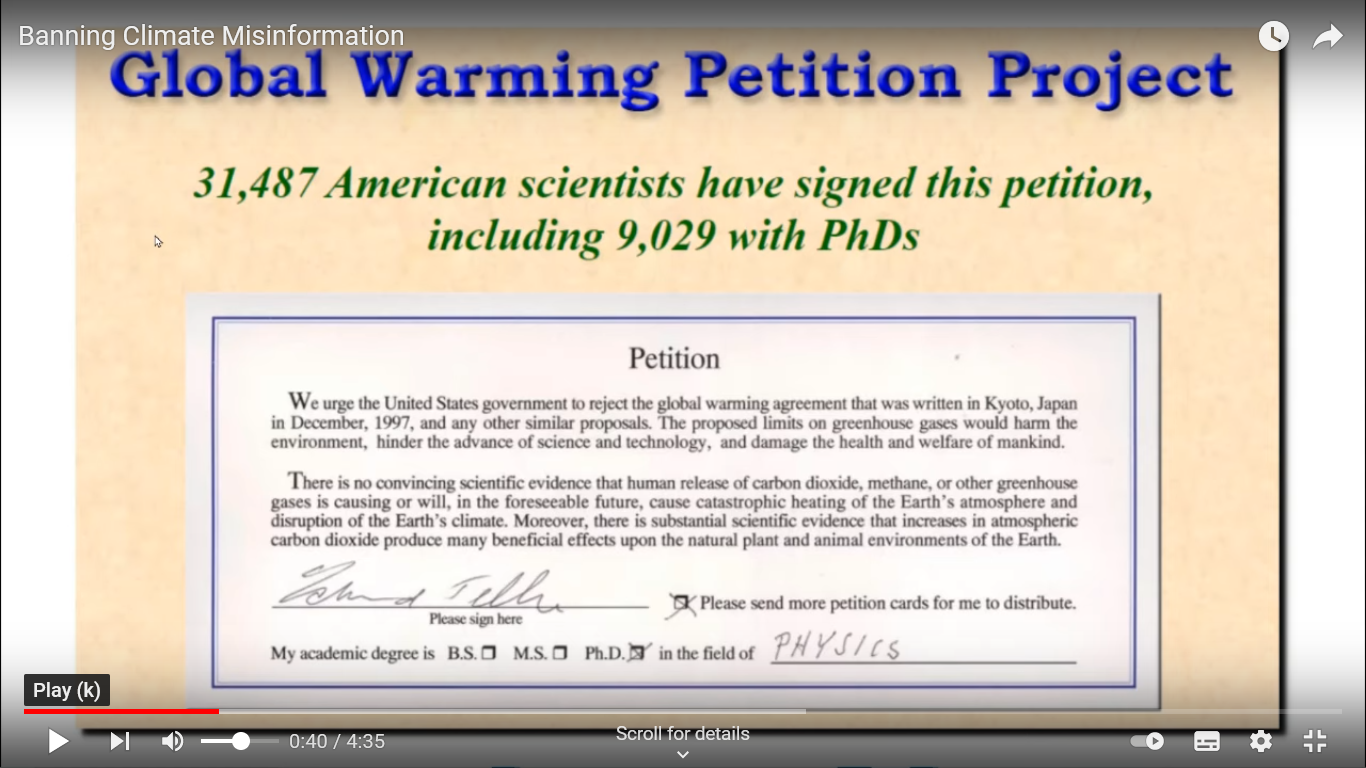 The text of the Global Warming Petition Project reads, in its entirety:

"We urge the United States government to reject the global warming agreement that was written in Kyoto, Japan in December, 1997, and any other similar proposals. The proposed limits on greenhouse gases would harm the environment, hinder the advance of science and technology, and damage the health and welfare of mankind.